Ministries of fire, feminist shanties and primrosy crowns - A dazzling jewel in the crown of English folk music 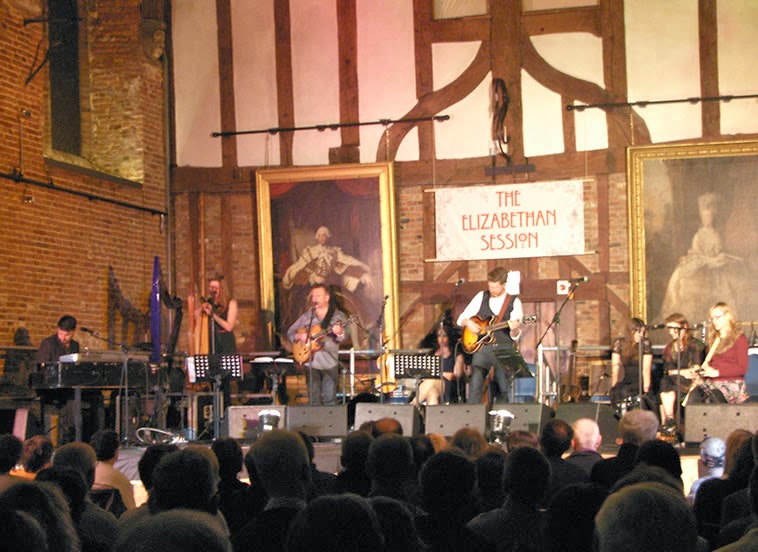 If, like me, you don’t know your pavanne from your passamezzo moderno, all you really need to know about The Elizabethan Session is in the glittering list of award-winning names from the cream of English folk music – Nancy Kerr, Martin Simpson, Bella Hardy, Rachel Newton, Jim Moray, Hannah James, John Smith and Emily Askew (who also happens to be an early music specialist). The latest in an exciting trend of folk music supergroup-style collaborations, with a lineup like that, The Elizabethan Session was never going to be anything other than truly spectacular.


The concept is simple, but unique – the eight musicians go on a six-day retreat to create new music based on and inspired by the Elizabethan age, and on the seventh day premiere the results in a performance at The Old Palace at Hatfield House, the very hall where Queen Elizabeth I held her first council. 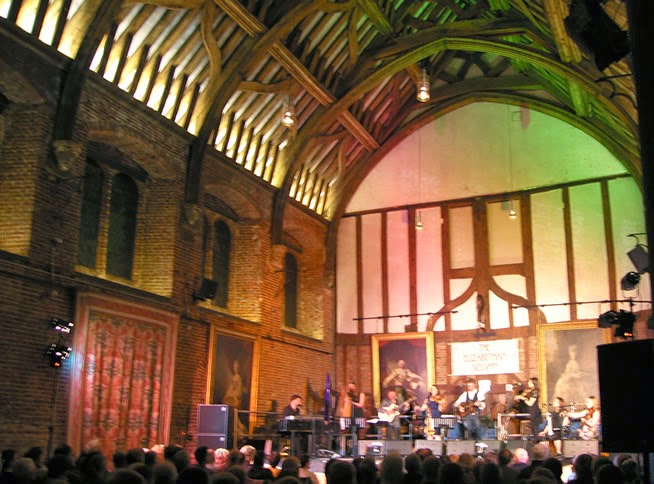 And it turns out the Elizabethan Session is packed from start to finish with surprises and rare delights. The sheer volume and variety of creativity on display, and the consistently brilliant quality of every single composition is all the more impressive when you think of the very short time in which all this material has been produced. One of the things that’s particularly pleasing is that everyone gets a chance to shine (and boy, do they!), resulting in a really broad and varied range of material and moods. There really is never a dull moment.

The show opens to a full house with the brooding ‘Shores of Hispaniola’, which builds to a moody crescendo as Nancy Kerr lifts her inimitable fiddle. This is followed by Rachel Newton’s ethereally beautiful ‘Come Live With Me’, which is based on the poem by Christopher Marlowe, and Raleigh’s more cynical reply to it, and set to the tune ‘The Woods So Wild’. For the jig ‘Happy Life’, Emily Askew is accompanied on the northumbrian pipes by some stunning and (as usual) well-received clog-dancing from Hannah James.


As you might expect, there’s a subtle but undeniable feminist thread running through a lot of the material – pieces like ‘Eve’s Apology’ (based on the poetry of Aemelia Lanyer), ‘Broadside’ (a “feminist shanty”) and ‘The Oak Casts His Shadow’. There’s a good balance in the overall flavour of things, however, with songs like Martin Simpson’s ‘Christopher Marlowe’, ‘Elizabeth Spells Death’, and John Smith's ‘London’.


Bella Hardy amply lives up to her recently-garnered title from the BBC Radio2 Folk Awards. In particular, her Shakespearean ‘Love-in-Idleness’ is as smooth and gorgeous as spun silk, and the song ‘Hatfield’ is just hauntingly beautiful, with its gentle guitar and heavenly harmonies.


Emily Askew brings a bewildering array of historical instruments to the fray, including bells, medieval violin, renaissance recorder, shawm, border pipes, frame drum and even a hurdy-gurdy. Her majestic and particularly Elizabethan-sounding ‘Italian Tune’ transports us all back several hundred years, as does ‘Pavanne/Ground Bass’.


Jim Moray's sombre ‘Straight Line And The Curve’, inspired by John Dee, the 16th century mathematician, occultist, navigator, and adviser to Queen Elizabeth, is a fascinating as well as a beautiful listen. Meanwhile, Nancy Kerr’s light-hearted and infectious song ‘Lady Lizzie’ has the audience singing and clapping along.


For the loudly-demanded encore, we are treated to the group’s collaboration with Queen Elizabeth herself. Based on poetry written by Queen Elizabeth I, and inventively re-imagining her as a country singer (yes, really), Suspicious Mind by John Smith and Nancy Kerr is a beautiful and soulful tribute to an extraordinary woman. 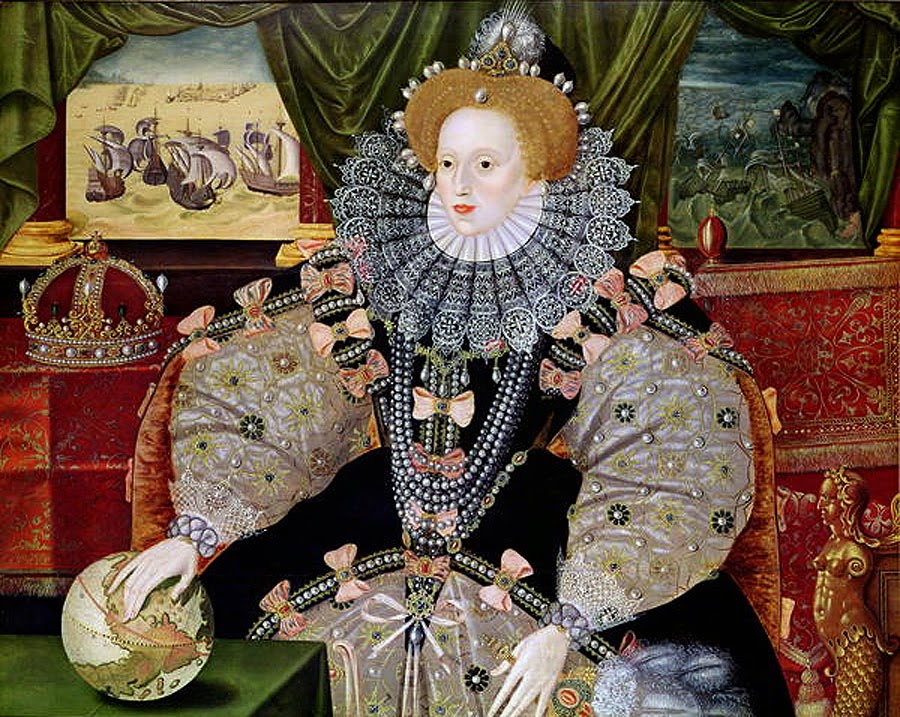 The forthcoming cd release is definitely going to be a must-have, but in the meantime, the Elizabethan Session are performing again tomorrow night (Saturday 22nd) at Cecil Sharp House, the London home of the English Folk Dance and Song Society; It was EFDSS who put together this project jointly with Folk By The Oak, the annual festival held at Hatfield House. The group will also reconvene for what promises to be a triumphant festival performance at Folk By The Oak in July.